Ours is a world characterised by noise, and by chatter. It’s hard to escape it’s everywhere, we even have social media to pursue us relentlessly, so that it feels like there is no escape. We long for more silence in our lives, in which case we had better do something about it. It is not for nothing that the first word of the Rule of S. Benedict is Ausculta  ‘Listen’. One cannot listen if one is talking, one needs to be silent, to be attentive, to concentrate on one thing, and the præcepta Magistri the words of the Master are simply a means to end, that we focus upon and listen to God, hence the large amount of quotation from Scripture in general and the Psalms in particular contained in the Rule, so that we are attentive to the Word of God, that’s the point of the Opus Dei, to help us to listen to what God says to us. Listening too lies at the heart of Obœdentia: being obedient, subject to another, listening – one cannot obey if one has not first listened – hence the constant need for silence, in lives and in our hearts, to create a space for God to be at work in and through us. It can sound easy and romantic, but it is tough, a constant battle to combat chatter, gossip, and other forms of idle talk.

Concerning the good zeal which monks ought to have.

Just as there is an evil zeal of bitterness which separates from God and leads to hell, so there is a good zeal which separates from vices and leads to God and to life everlasting. This zeal, therefore, the monks should practice with the most fervent love. Thus they should anticipate one another in honour (Rom. 12:10); most patiently endure one another’s infirmities, whether of body or of character; vie in paying obedience one to another — no one following what he considers useful for himself, but rather what benefits another; may they cherish fraternal charity chastely; fear God in love; love their Abbot with a sincere and humble charity; and prefer nothing whatever to Christ. And may He bring us all together to life everlasting!

The Chapter above, Chapter 72, lies at the heart of, and is the culmination of the Rule, and it is serious wonderful stuff. I know from personal experience that it is all to easy to fall into the evil zeal of bitterness, and it eats up your soul: you become suspicious, cynical, and while you try to kid yourself that such behaviour is in fact justified, borne out by the facts, all we are doing is trying to excuse the inexcusable, to salve our conscience, to save ourselves the difficult and hard task of loving those whom we would rather not. Thus, in the Gospels, Our Lord calls us to love our enemies (Mt 5:44, Lk 6:27-36) which is no small ask, if it were he would not ask it of us, it goes against our deepest nature, we want to hate those who hate and persecute us, we forget their humanity, and are wrapped up in our own pain. It is something which the world around us finds very hard, social media is full of it, it can feed off fear and jealousy, it is corrosive, it damages us, and those around us, and its consequences are toxic, and sinful, that’s what hell and being separated from God means, and its what Christ comes to save us from, from ourselves.

Love then is the key, it is the heart of the Gospel and the Rule: love God, and love one another as I have loved you, with that same costly love. Only then can we truly prefer nothing to Christ, which is the way to life everlasting: believing in Him, following Him, trusting Him, and letting Him guide our thoughts, our words and our actions. So that we may proclaim in word and deed that saving love which was born in Bethlehem, to a world which longs for healing, for love, and for peace. 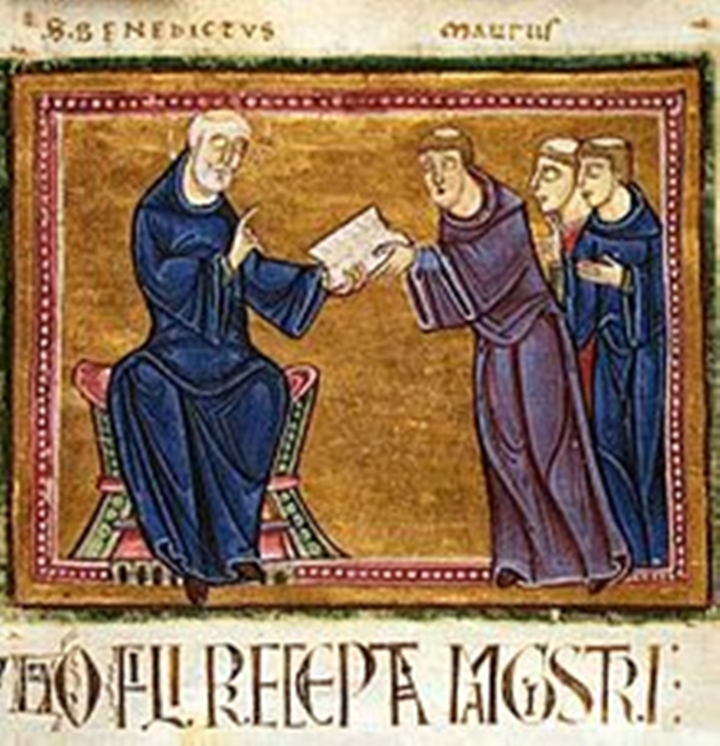