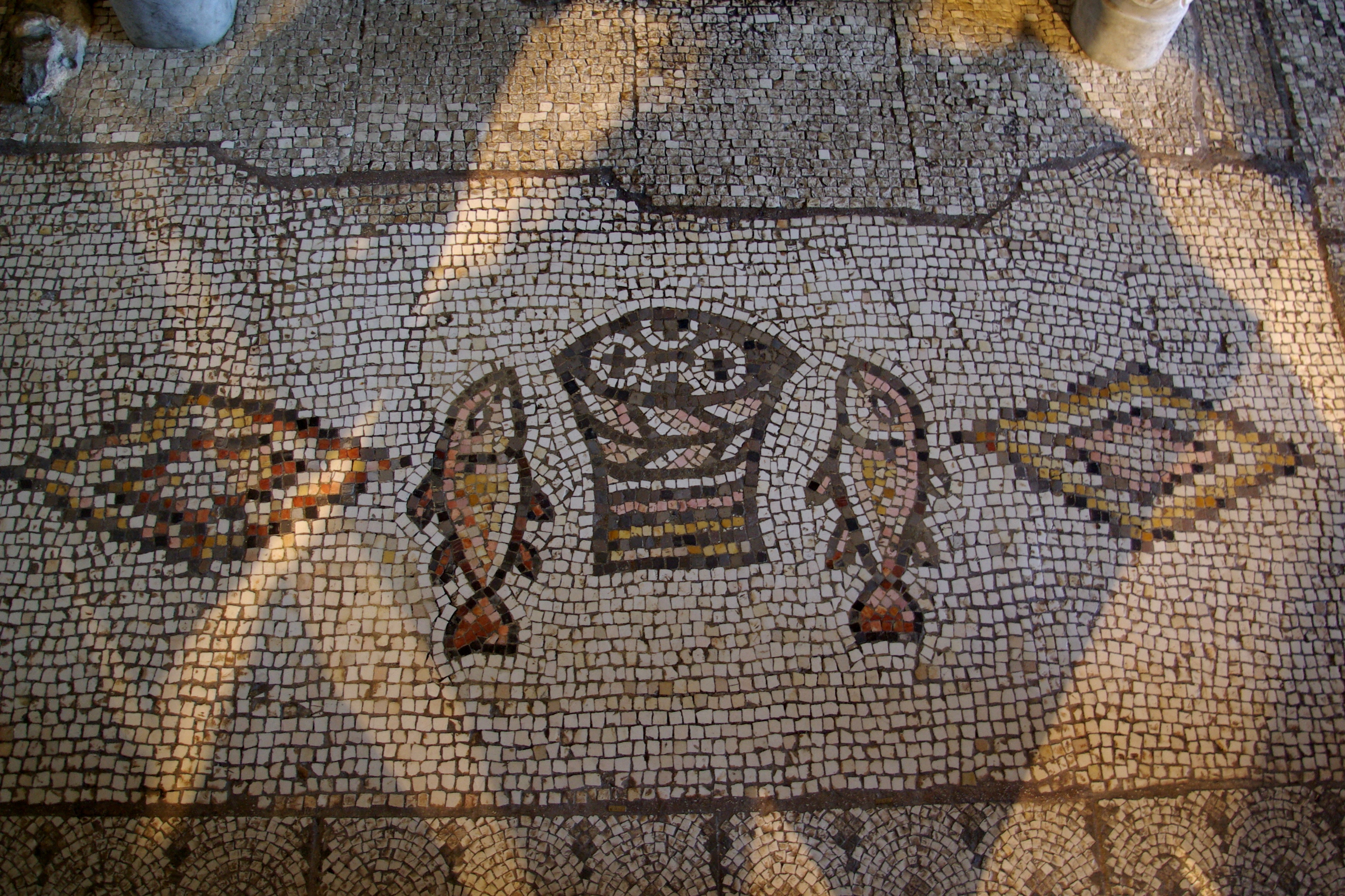 As you were getting up this morning, to get ready to come to church, you probably went into your bathroom to wash your face and brush your teeth and turned on the tap marked ‘C’, and all was well. If you went on holiday to Italy and you wanted to have a drink, wash your face or brush your teeth, you may well stand by a sink and turn on the tap marked ‘C’ and you would get a nasty shock. It stands for Caldo the Italian word for Hot. What you needed to do instead was to turn on the tap marked ‘F’ for Fredo or Cold.
This mistake is easily made, especially since we are so used to seeing the letter ‘C’ on cold taps back home. But it shows us the problem of misreading the signs. In today’s Gospel we have several examples of people misreading signs. First, we have Philip: he is asked by Jesus where they can buy bread for the crowd to eat. He replies that 200 denarii would only buy them a mouthful each. Six months wages just for a mouthful! So Philip can see no way that the people can be fed. He is unable to see past the practicalities.
Andrew begins better. He shows Jesus a boy with two fish and five barley loaves, the bread of the poor. But he cannot see the point and asks ‘what is that between so many?’ The disciples cannot read the signs and give the wrong answers to Jesus’ questions
The people are also a bit of a mixed bag. They have followed Jesus as they are impressed by outward things, his miraculous healing of the sick. Once they have been fed, they recognise the sign as a declaration of Jesus’ identity, but they misinterpret it. They are about to take him by force and make him king. This is not what Jesus’ kingship is about, he isn’t a political ruler, and his kingship is not of this world. All three have expectations which are met, but not in the way they were expecting.
The context of the Gospel story is important. It was just before the Passover, the festival commemorating Israel’s journey from slavery in Egypt, across the Red Sea towards the Promised Land. It is a festival of Hope and Freedom, of Liberation, of a God who will feed them with manna from heaven.
It is also the same time that Jesus will celebrate the Last Supper with his disciples, instituting the Eucharist, which Christians have faithfully celebrated ever since and the reason why WE are here today. The blessing, breaking and sharing of bread is a serious matter then, and not just an excuse for a conjuring trick.
The fact that it is a serious matter explains why Jesus will devote so much time and effort to teaching the people about this in the Gospel passages we will read over the next few weeks. It matters because it is how we encounter Jesus and are fed by him.
In the Gospel, it is Jesus who takes the initiative. He recognises that people are hungry, and that they need to be fed. He takes the basic foodstuff, bread, to show us how God works with simple things. These may be, like the barley loaves, poor, the kind that the world despises and looks down its nose at, but for God, nothing or indeed nobody is scorned or cast aside. Ours is a God who takes what is available and uses it. Jesus takes what he is given and thanks God for it, in recognition that all we have, our lives and all of creation is a gift, for which we should thank God.
It is through prayer and blessing that bread can be broken and distributed and provide sustenance, on a scale and in a way that defies our expectation and understanding. Not only are the people fed but as a sign of the superabundance of God’s love and mercy, there is more left over at the end than there was to begin with. Thus, in giving thanks to God and sharing his love, the kingdom of God of which the bread is a sign, grows, is shared, and satisfies people’s deepest needs.
Jesus takes, blesses, breaks and distributes bread to demonstrate what the Kingdom of God and the message of the Gospel is. This looks forward to the Institution of the Eucharist, just before Passover. It points to the great Passover, where the world is freed from the slavery of sin, washed in the Red Sea that flows from Calvary, and given the Law of love of God and neighbour.
This miraculous feeding by the shore of the Sea of Galilee will happen here today, when we, the people of God, united in love and faith offer ourselves and like the little boy, give the bread that we have, so that it may be taken, blessed, broken and given that we may be partakers in the mystical supper of the Kingdom of God. We eat the Body of Christ not as ordinary food – that it may become what we are – but that WE may become what HE is. THIS is our bread for the journey of faith. THIS is the sign and token of God’s love. THIS is the means by which we too may enjoy forever the closer presence of God.
So then, as the five thousand received and were satisfied, let us prepare to eat that same bread, the body of Christ, which satisfies our every need and fills us with a foretaste of the Kingdom of God